Before upgrading a server from version 4.0-beta2 to version 4.0-beta3 make sure all the clients are synced. If they are not, the unsynced changes won't be available for automatic sync after the upgrade.

If you haven't learned about the server version, make sure you read the release notes for versions 4.0-beta1 and 4.0-beta2.

This release updates version 4.0-beta2 with the improvements implemented for version 3.2 and it adds several new features. Some of the new features are server-specific while the others are available for all versions (standalone and server).

Make sure you read the initial announcement to learn about all these improvements. This post presents only features specific to version 4.0-beta3.

We know some of you wanted to use this version sooner so thank you for your patience.

Since version 4.0 will focus mainly on server features, this release implements several new server-specific features and improvements. These features are available only in the server version because they don't make sense in the standalone version. Here's what's new:

And a few bug fixes:

This version also has several new features that are available for both the standalone and the server version.

Two of these features allow you to have more control over how time entries are billed. You can mark each time entry as billable or non-billable and you can specify the amount of billable time for each time entry. 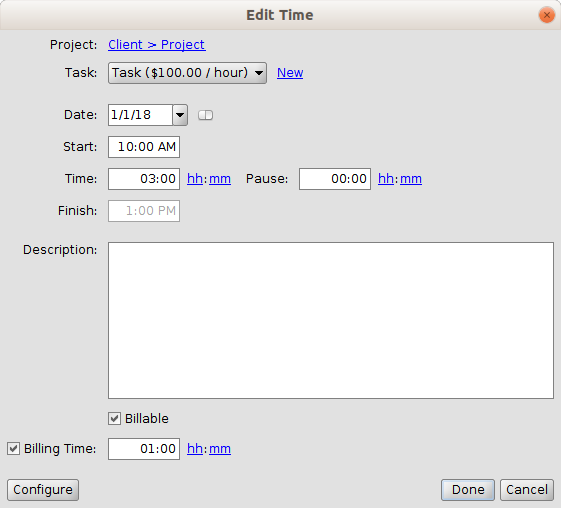 Other features implemented in this release are:

In case you're wondering what's next, this is the last beta for version 4.0. We will publish a release candidate and the final 4.0 version at the beginning of the next year.

Please let us know what you think about this update. We'd love to hear your thoughts.